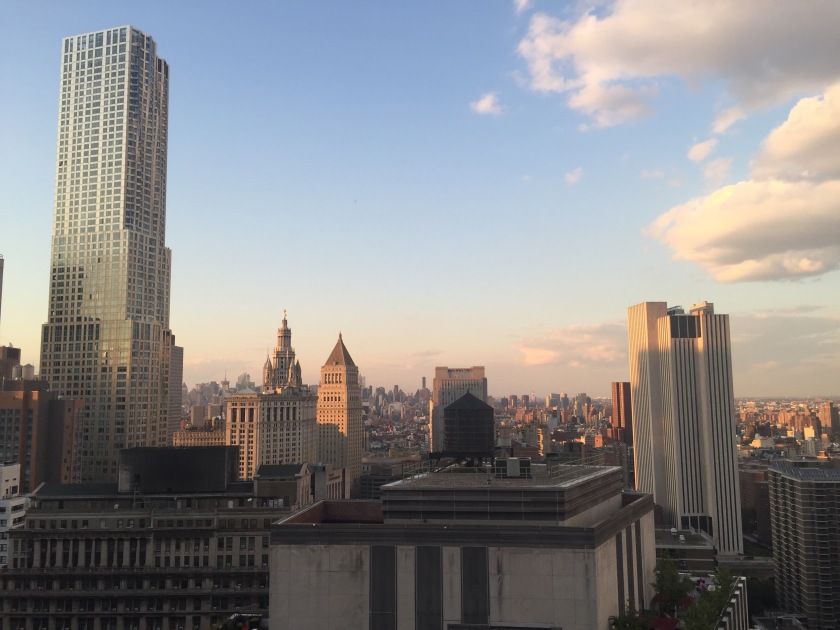 It was late October and I was skyping with my parents. I told them how I was gonna go to New York City to see all of my best friends this coming summer for a week or so, but as we later on in the Skype session started talking about New Year’s Eve it hit me; Why not go for New Years??? I was far from excited about the potential plans I had in Copenhagen and at the same time I was missing my American girls too much.

Less than an hour after the thought had occurred in my mind I had cleared it with the girls, gotten it approved from my manager and booked the flight. The most impulsive travel decision I’ve ever made, and to be honest I’ve regretted it quite a few times since. Within the last two months I’ve been to Texas, Prague, Amsterdam and Sweden. I’ve also kept up with my full time job, found out that I’m moving in one month (which means planning and packing) and tried to study for an exam that just so happens to be the day after I get back from this trip.

I’ve overplanned my calendar and am starting to wear myself out a bit. This year I have taken every opportunity to travel, causing me to not have spent a single day of vacation at home in my apartment. As much as I love travelling, I also need days home on my couch to take everything I’ve experienced in, and I’ve neglected that part of myself a bit this year. I need hours to write down tales about my travels and dwell on the special moments I’ve had, which is exactly why I have this blog. I’ve been on nine trips this year, and I’ve only blogged about two and a half (a half because I never finished my writings about Sri Lanka), which means that I have the longest list of stories to write and 15+ drafts that mainly consist of posts that are halfway done. ﻿

However, I wouldn’t have given up a single one of those trips, and now that I am heading for the airport I feel endlessly excited to be back home in the states and see my best friends.

For the first time in a year I don’t have any plane tickets waiting for me on my fridge (really they’re usually just in my inbox, but fridge sounds better), so I’m planning on enjoying this trip to the fullest. The auditor busy season is coming up, but I’m hoping to spend the little free time that I do get on writing down all of my memories from the trips of 2016. And of course, recharge for my next trip that’s hopefully gonna be in April. I can’t stay away from the airport for too long.

For now I have four days to spend ﻿with amazing people and a city that never sleeps and I cannot wait.